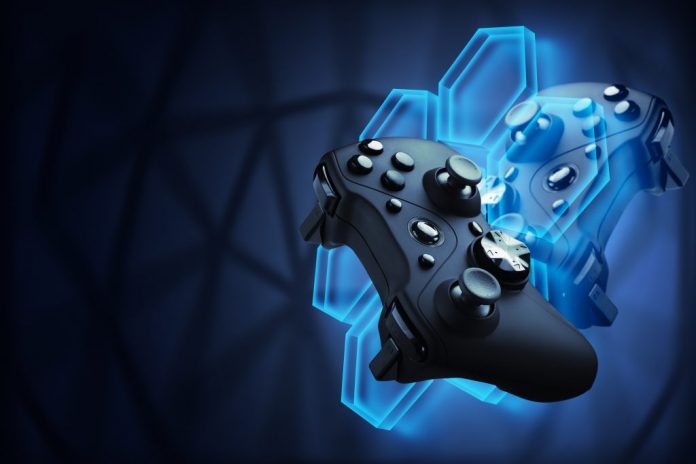 Before you can begin gaming, you must choose your preferred P2E project. The P2E industry is flooded with projects, and you need to decide which one suits you best. You can choose games that pay with cryptocurrencies, non-fungible tokens, or a combination of both. Ensure you have a clear idea of your expectations before making your selection. Below are some of the games available in the P2E industry.

In a nutshell, GameFi is a play-to-earn (P2E) game platform that combines blockchain technology and Defi principles. Players can earn rewards by betting in-game funds in exchange for virtual currency, which can be spent to make new games or buy in-game items. Players are given a degree of autonomy over the experience and are encouraged to make their own decisions. There are already over 1400 games listed on Dapp Radar. Game projects are spread across several blockchains, making them more likely to receive widespread adoption.

The core of GameFi is Play-to-Earn (P2E), perhaps the biggest difference between this and traditional games. In-game assets are limited to use in traditional games and cannot be exchanged for cash or investments unless you sell your account. With P2E, players can use the in-game assets collected to trade for cryptocurrencies. These assets can be used in other games or as investments in real-world assets. Because of this, P2E games will attract more players.

The development of GameFi by P2E Games is underway. A recent Cointelegraph Research report looked at five popular P2E games. The report found that they all had the potential to change the industry. In fact, this game can be incorporated into the anticipated multiverse, which will change the digital landscape forever. As a result, GameFi could become a catalyst for innovation in the industry. So, what do we know about GameFi?

A key theme of some popular games in the metaverse is land ownership. Players can sell their virtual properties and earn token rewards by hosting events and content. Players can also rent out customized land to other players. Some GameFi enterprises also offer DeFi tokens, which can be used in other games to earn in-game rewards. Additionally, players can also use these tokens to unlock unique products. GameFi games are evolving and introducing new technologies and concepts every day.

As a card game, Gods Unchained is similar to Yu-Gi-Oh!, The Witcher 3’s Gwent, and The Elder Scrolls: Legends. It’s led by former Arena players and boasts stunning visuals, smooth animations, and a lot of effects. The game also allows players to buy in-game assets, such as a god, and earn money for playing.

This free-to-play tactical card game lets players actually own the in-game assets they make. While other popular MMOs require you to buy and sell company-owned cards and items, Gods Unchained lets you own and trade your digital items in-game. As a result, you can easily profit by selling your digital goods in the market. Moreover, since you own the digital items, you can trade them as you see fit.

Like all free MMOs, Gods Unchained also offers its own currency. You can purchase it on Coinbase. You will need a cryptographic wallet to buy Flux. Flux can be converted into real-world money and used in crafting items. The Flux you get from winning matches in the Ranked will eventually be used to make Common Core cards more valuable. Aside from selling cards, you can also buy Flux, which is the game’s currency.

Gods Unchained allows new users to collect up to 70 free cards. Each card costs two mana, so you may want to try out multiple gods to see which one suits you best. After building up your deck, you can confirm which God you believe in by using the confirmed or unconfirmed cards. This allows you to gain experience with God’s Unchained before you decide to spend your hard-earned cash.

In the play-to-earn game, Spider Tank, the player will control a Captain and a Spider Tank. The Pilot will use the Tank during battles, upgrade Tank parts with collected resources, and share the rewards earned with other Pilots. The Captain can also sell his Tank on the secondary market whenever he wants. He can also sell his Tank at any time, so he can earn more rewards. If you are new to the game, here are some tips to help you get started.

One of the unique aspects of this game is its play-to-earn mechanics. The player will be able to earn by buying or renting Tanks and delegating battle authority to Pilots. The P2E economy in the game will allow everyone to participate in the action. This makes the game an excellent choice for beginners, as it allows them to earn even if they don’t have much experience.

The gameplay in Spider Tank is free to play and has a unique approach to the play-to-earn system. Players can also use their own funds to purchase upgrades and other tanks. Players can buy different weapons to make their tanks unique, and the game’s unique graphics allow them to customize and upgrade their tanks. There are different game modes that allow players to level up and make their tanks more powerful. The multiplayer experience is fast-paced and features a variety of weapons.

Another aspect of Spider Tank that is worth paying attention to is the profit economy. The game has many different ways to earn, including selling and renting tanks, acquiring land through maps, creating components with factories, and ascending to the position of Emperor of an entire planet. While the game is free to play, you may be wondering if you should spend your money on parts in order to get better results. As long as you are patient and give the game time, it is a promising new release that should appeal to many players.

The Axie Infinity platform is a new type of multiplayer online game. This type of game uses blockchain technology to allow players to interact with the game and its virtual world. Axies are virtual creatures that you can buy from the game’s marketplace or auction. You can use these virtual creatures in both Adventure and Arena mode. Before you can start playing the game, however, you need to first pair your Ronin wallet to your account. You will then be able to use your ETH to buy Axies.

In order to participate in the game, you will need to have AXS participate in its economy. These virtual coins are used to breed new Axies. In Axie Infinity, you can earn up to 27 million SLP by winning battles and playing the game. The supply of AXS tokens is not unlimited and will increase as more players join the network. You can also use them to unlock different features in the game.

In Axie Infinity, players purchase NFTs of cute monsters to battle each other. These cute creatures can be exchanged for real money at the exchange. Among other things, players can earn a Smooth Love Potion through daily objectives in the game. Unlike traditional video games, Axie Infinity is an exciting new way to earn real money while playing! So, how do you get started with this new gaming platform?

As a Play-to-Earn model, Axie Infinity rewards players for building their ecosystem in the game. Players earn 95% of all trading profits in the game. This reflects the importance of rewarding players in online gaming communities. There is nothing else quite like it. If you play Axie Infinity, you can begin earning real money in the cryptocurrency space. It’s as simple as that.

The Reign of Terror P2E game is an online strategy game for PC and mobile devices. It is set in a dystopian alternate land where people live in stratified societies where the environment is put at risk for profit. As players advance in the game, they will be able to upgrade their weapons and complete challenging missions. This type of game is great for players who like to move quickly and experience quick action.

This game has a futuristic setting that is similar to the French Revolution. The era was marked by crime, famine, and state-sanctioned violence. Throughout the game, players compete in missions and earn NFTs. They can also compete in PvP missions and form alliances. Once they achieve these goals, they will be rewarded in the form of star ratings. Those who are not yet a part of this game can participate in the P2E version for free.

In Reign of Terror, land plays a vital role in the game. It affects multiple game systems, including crafting, the power of a guild or alliance, and the DAO governance system. Additionally, land rental could be added in the future. The high tower tiers offer fresh air and rich minerals, making them more valuable than a barren wasteland. In this way, land resources can be used to create wealth and increase power.

Another new feature is the ability to purchase NFTs in the game. NFTs are virtual currency in the RoT game. They are used to complete P2E missions and earn in the DeFi mechanism. As a result, players can earn NFTs to upgrade their avatars and level up their characters. However, the NFTs aren’t worth much unless they can be used in the game world.