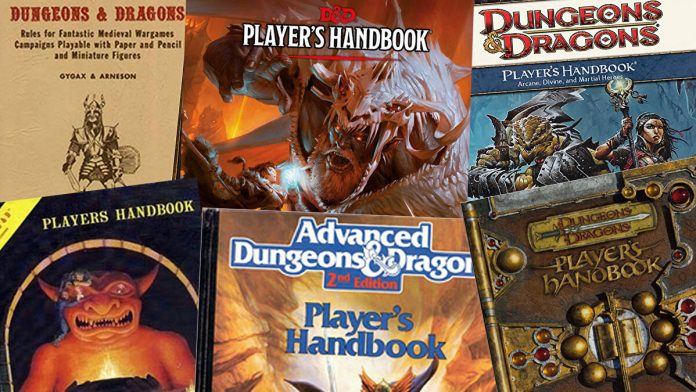 Dungeons & Dragons is a tabletop role-playing game based on fantasy. It was designed by Gary Gygax and Dave Arneson and first published in 1974 by Tactical Studies Rules, Inc. Wizards of the Coast have since published it. Here are some of the game’s main mechanics explained. For example, you should be aware of the different types of monsters and their abilities and know how to level up your character.

In the role-playing game, you choose a race, class, and other features. Then you apportion points to different attributes, which determine your character’s effectiveness in performing various actions. Successful actions will give your character more points, while failures will result in lower scores. However, there are exceptions. Most of the time, non abilities are equivalent to a score of zero, and you don’t have to make a conscious choice to roll a die.

While there are other games that have many more complex rules, Dungeons & Dragons have some core principles that can be used as a template. Game mechanics are essential for creating a storyline in D&D, as they help players make decisions that impact their outcomes. Moreover, when players understand the rules and know how the game works, they will be able to explain their actions more clearly.

Character actions are also important, especially in combat. In the third edition, combat mechanics were codified so players could take multiple actions simultaneously. A character may take one “full-round” action or two “standard” actions per round. The latter can be used twice per round, which is helpful for low-level wizards. However, encounter and daily powers take longer to recharge, allowing players to make multiple uses of them.

One of the most enjoyable aspects of Dungeons & Dragons is starting a new character. While character creation is an exciting challenge, it can also be intimidating for a new player. There are many different parts that must work together to make a character unique and interesting. To start with, make a list of your desired traits, racial abilities, background features, weapon proficiencies, and spells. Once you have these items, you can start building your character.

You can add bonus modifiers to your ability checks. These bonuses are called “skills” and are usually attached to core abilities, like Strength or Dexterity. The number you must beat depends on the difficulty of the task, and the DM may adjust your character’s bonus modifier to reflect this. Acrobatics, for example, is a dexterity-based skill.

Character creation for Dungeons & D&D can be intimidating, but there are some basic steps you can take to ensure that you create a great character. First, you can gather information for each skill or ability using the Player Handbook. You’ll need these to create a character sheet. Once you’ve collected all of this information, you can move on to the next step: making an adventure.

Network N has a great character creator for newbies. It strips away the D&D jargon to reveal a generic, easy-to-understand character. The app automatically accounts for rules, and Network N earns a commission when you make a purchase. This app is recommended for new players, but it has some drawbacks. First of all, Network N makes money from qualifying purchases and uses affiliate links.

Once you have a basic idea of your character, you can start creating a backstory for them. The backstory is the most important part of a character, and it is crucial to understand how that choice affects their decision-making in the game. This information can help players understand your character’s traits and abilities. The background is a crucial piece of the puzzle and can help you build a memorable character.

Among the advantages of experience-based character, leveling is that it’s simple to measure. Players know how much experience they need to reach the next level, which means they’ll be more engaged in combat and plot devices. In addition, players who have a set number of levels can be held accountable for the game’s progress. Otherwise, players who miss game nights might find themselves behind the rest of the party. Additionally, experience-based leveling allows DMs to reward role-playing behavior by awarding additional experience points for cleverness and other accomplishments.

To gain experience, players should attempt to complete challenges as they level. The more challenging they are, the better, and this will increase their XP. Likewise, players must try to take risks in order to earn XP, and a failure can lead to more XP. While failure is the most common outcome, it is important to remember that the more risky situations are, the more XP the character can get.

One of the most satisfying parts of the D&D experience is character leveling. New abilities are unlocked, and the character becomes more powerful and survivable. As a result, they are better prepared to face increasingly dangerous threats. There are several ways to determine character leveling in Dungeons & Dragons, and there are competing views on which method is the most effective. Ultimately, the choice is up to the players and dungeon master.

As a rule, leveling in Dungeons & D&D is divided into three distinct phases: first, second, and third. A character gains one class level at level three, while a second class level grants access to an additional class slot. A third class level is a time when spell slots are opened up for casters, while a first-level cleric is given two class levels.

Describe combat in real life, as you would if you were describing real life. For example, describe how a character would react to a certain attack instead of describing a dice roll. This breaks the immersion and reminds the players that they’re playing a game. Combat descriptions in D&D should be as real as possible, and good descriptive language is key to bringing the world to life.

The difficulty of an encounter depends largely on how many actions the opposition is capable of taking. Most potent builds maximize their actions and provide additional actions through allies and beneficial effects from spells. While combat in D&D can be highly detailed, its pacing is not as quick as in other video games. This is not to say that combat in D&D is impossible, however. If you’re a gamer who’s played D&D before, here are some tips to help you get the most out of your sessions.

The GM decides how to decide which combatants act in the best order. The combatants are then ranked in order of their Dexterity check total. The same order of combat occurs each round, with the exception of when a tie occurs between a GM-controlled Creature and a player character. If there is a tie, the GM may decide who has the highest initiative roll, or he may roll a d20 and decide the order of combatants based on the roll.

Another important aspect of the combat system in D&D is the action economy. Using spells properly requires an action economy that reflects how much space the monsters can control. For example, a Medium Hobgoblin can surround another Medium creature within a 5-foot radius. So, for example, a Medium combatant can attack an additional Medium creature within a 5-foot radius. However, a Medium Hobgoblin cannot easily pass through a doorway.

Another important aspect of D&D is its ability to break up mass combat into manageable chunks. For example, a major battle can be broken up into cinematic encounters or waves. Each of these can be thought of as a room in a dungeon. One room may have multiple doors, while another may only have a single passage. It is important to remember this when describing battles in D&D.