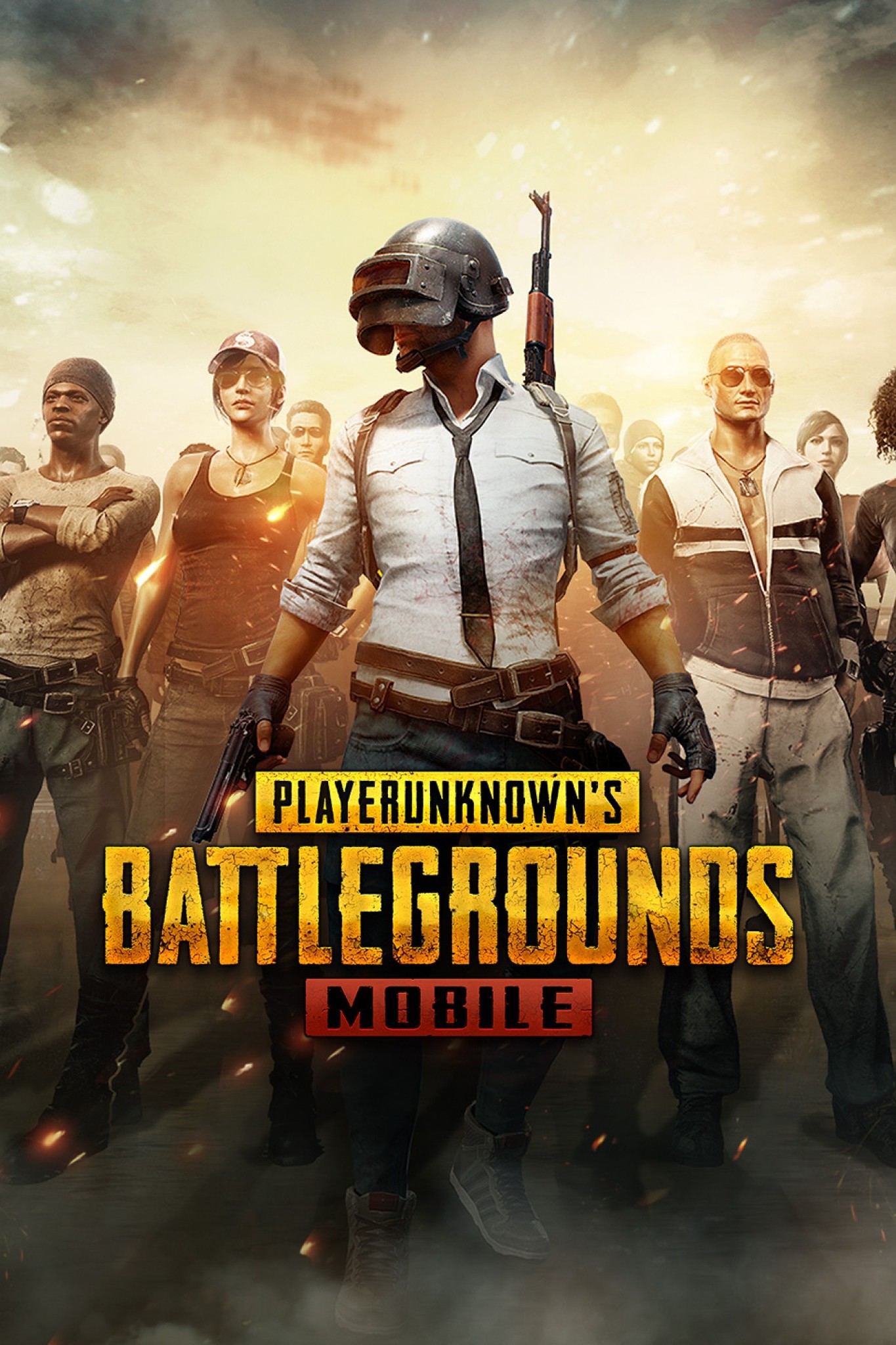 PUBG Mobile is a free-to-play battle royale video game. The game was developed by Lightspeed & Quantum Studio, a division of Tencent Games. PUBG, a popular battle royale game, was adapted for mobile devices on March 19, 2018. Since then, PUBG Mobile has been the most popular game on the Apple and Android platforms. Here, we’ll look at what makes it unique and fun.

PUBG Mobile is a player-versus-player game

PUBG Mobile is an extremely popular battle royale player versus person (PVP) game. The game has gained a following of almost a billion players all over the world. The game is played in a variety of different battlegrounds with up to 100 players. The objective of the game is to survive in these areas by collecting weapons, scavenging resources, and building ramps and protective forts.

The gameplay is similar to the original console version of the game. In PUBG Mobile, 100 players are dropped onto an island, and they must scavenge for resources in order to stay alive. The graphics have been downscaled from the PC and console versions, but the core gameplay remains essentially the same. While Fortnite focuses on building mechanics, PUBG focuses on gunplay and a more realistic, gritty aesthetic. PUBG is not for the faint of heart! While it can be a great learning experience for young people, it can be dangerous and should be played only with the proper guidance and supervision.

Players can report inappropriate or uncomfortable matches through the game’s official forum. In addition, players can report cyberbullying, sexually explicit messages, inappropriate squad behavior, or inappropriate game content. PUBG Mobile has several tips and tricks to help players make the most of their experience. To get the most out of the game, follow the steps outlined on the official website. In addition, you will be surprised by the quality and variety of the game’s graphics.

PUBG Mobile is free to download, while PUBG PC is a paid version available from Steam. The game’s PC version requires a digital distribution service to download but offers better graphics and smooth gameplay. It also offers more detailed decorations than its mobile counterpart. It also offers higher resolution textures, which helps in the game’s realism. If you’re looking for a player-versus-player game, PUBG is the way to go.

PUBG Mobile is a popular free-to-play multiplayer third-person shooter. While other mobile games focus on first-person shooters, PUBG Mobile has a more strategic approach. The third-person perspective allows players to scan their surroundings and play mind games by identifying their enemies’ positions. Players can use this information to their advantage to outplay their opponents or position their enemies to cause maximum damage.

PUBG Mobile features the chief battle royale game mode. You will be thrown from a carrier plane with a parachute in your backpack and can then explore the map. Make sure to watch out for campers and collect the most valuable loot. It’s free to download, and there’s no need to worry about space. If you don’t have a lot of space on your phone or laptop, you can take advantage of cloud-based storage solutions.

PUBG Mobile is free to download for Android and iOS. You can play this game anywhere you have access to an internet connection. It’s easy to find people online, too. The game boasts a player base of over 1 billion. It doesn’t struggle to find servers and players and has a thriving community on Reddit called r/PUBGMobile. If you want to join a server, you can post your question on the subreddit.

PUBG Mobile offers players two different game modes, both of which can be challenging. The first-person perspective allows players to see their surroundings without turning on their player models. Unfortunately, this makes the game more difficult and requires players to peek around the environment and find their opponents’ positions. In contrast, the third-person view is a more realistic experience. In terms of realism, however, FPP is a bit harder than the first-person perspective.

PUBG Mobile is a mobile game that features a React Survival mode. This model is heavily inspired by the Squid Game series, which first came out in 2021. Players are thrown into a controlled environment wearing a tracksuit and must fend off other players while using a red/green light system to survive. In this mode, players must also avoid the animatronics constantly spawning on the map.

The PUBG Mobile game is similar to Fortnite: Battle Royale, but it is a different kind of game. Instead of building a town, players must survive on a small island. They must find resources, weapons, and armor and survive until they are the only survivors. The objective is to survive and kill as many opponents as possible. Once the game has been released, it will be available on iOS and Android devices in the coming weeks.

PUBG Mobile is not a good choice for people who have slow internet connections. A good connection is essential for a smooth game experience. If you are trying to stream 4K video, use a different device. 5G connections are more stable than domestic Wi-Fi. Also, if you are in an area where your connection is slow, try using headphones. Headphones allow you to hear the incoming enemies much better.

PUBG Mobile is the first real-time battle royale game for mobile devices, and most other games on this list are simply clones of it. The game has 100-player match modes, a massive map that collapses over time, and a wide variety of weapons, vehicles, and gear. The graphics are also excellent, but the game can be challenging on older devices. Although it’s a fun game, it needs a little polish to keep it competitive.

PUBG is incredibly addictive, resulting in countless hours spent playing the game. It is also known to reduce concentration levels and disrupt sleep. Since players are glued to the screen for extended periods, they are unable to concentrate on studying or other activities. In addition, children who spend countless hours on the game are less likely to go to school or pursue hobbies they used to enjoy. One young boy failed his first-year PUC exam because he wrote about PUBG.

In addition to being addictive, children can develop a criminal nature with a game like PUBG. Addiction to mobile games has been associated with lethality throughout the world. For example, in India, a child addicted to PUBG killed her mother and siblings in January. In Washington, similar cases have been reported. In India, a 21-year-old man murdered his father in September of 2019. And in Bengal, a similar addicted youth killed his brother in July 2021.

Parents can limit the time their kids spend playing PUBG Mobile on their smartphones. Apple offers a built-in tool that allows parents to monitor their child’s phone usage and block certain apps and contents. Your kid must have iOS 12 or later for this tool to work. Otherwise, parents should use a 3rd-party app to help control their child’s smartphone usage. But if parents don’t want to install an app, they should first unlock their children’s phones.

The free PUBG Mobile game was soft-launched in Canada last week and is now available on iOS devices in the United States. This game’s release in Canada follows a soft launch last year in China, and it’s expected to be available in other territories around the world in the coming months. Currently, PUBG is available on Android, iOS, and a few other platforms. So if you’ve been thinking of purchasing the game for your iOS device, now’s the time.

Players can choose between different vehicle controls in PUBG Mobile. This game is designed for iPhones but can be played on iPads, Android devices, and PCs. The game’s graphics are fairly high, but they’re still not perfect. If you’re looking for the best visuals, try turning up the volume and brightness on your iPhone or iPad. To play PUBG Mobile on iPad, check out our review!

Another PUBG Mobile alternative for iOS users is Battlegrounds Mobile India. You can download the Indian version of the game from the App Store for free. You’ll need iOS 11.0 or later to download this game for your iOS device. PUBG Mobile was banned in India on September 2, 2020, because of data privacy concerns. Nevertheless, the iOS version is available for free, and you can make in-game purchases.